If you are awaiting the next big thing in the mobile web arena, then it is already here! PWAs or Progressive Web Apps combine the best of mobile application development and web application development with the help of the latest technologies. You can think of it as a website that is built with the help of web technologies but acts and feels like a mobile app. Alternatively, if you are thinking of developing a native app, you can get in touch with any of the top mobile app development companies in India

The benefits of using progressive web apps is that it takes advantage of the larger web ecosystem. Plus, there are plugins and a large web community that helps you to deploy and maintain a website relatively easily than compared to doing so in an app store. Hence, the same code can be used for the web as well as mobile. You take less time to build a website plus the app will also be generally easier to deploy and maintain since an API does not need to be maintained with backward-class compatibility. You can always contact the best mobile app development company to discover which type of app will be useful to you.

Why use Progressive Web Apps?

When it comes to mobile apps, it has been discovered an app loses around 20% of its users beginning from the user’s first contact with the app and when the users starts using it. The user must first find your app, then download it, then install it and finally start using it. In the case of progressive web apps, users can start immediately using it. This eliminates the unnecessary step of downloading and then installing it. However, when the user returns to the app, they will be prompted to install the app besides upgrading to a full-scale experience.

In case the mobile app is well-designed, it will consume less data and will be conversely much faster. This is because some resources are present on the device. You can contact any Top React Native App Development Company in India to meet your native web app development requirements. In case your requirement is for iOS apps, one of the top iPhone app development companies in India can come to your help any day!

On the contrary, a progressive web application provides improved performance and user retention. This is done without the complications involved in maintaining a mobile application. For example, a react native web app will be particularly useful to meet you needs.

Build a Progressive Web App or a Native App?

When you are faced with such a dilemma, consider the use cases. Native is usually recommended when you will require apps that users will return to frequently. However, let us consider the features of both. Since native apps are optimized and developed for a certain platform, they deliver a high level of performance. Since native apps are directly installed on smart phones, they leverage the processing speed of the device and apps load many times faster as data is already stored on the device.

On the contrary, PWAs are highly responsive and tend to fit any form such as mobile, desktop, tablet, and others. It is basically developed with an app shell model It generally separates its functionality from content. A PWA can work smoothly even in poor network conditions. Users can access important data even in such conditions. PWAs are SEO friendly and can be discovered easily on the SERPs. The apps are re-engagable in the sense they include features such as push notifications to improve re-engagement. They don’t need to be downloaded and installed for use. The app can be accessed and used just from its URL. Users don’t need to download and install PWAs to use. They can access the app just through the URL.

Now that we have assessed the facts of both the apps, certain things become clear. PWAs appear and even perform like native mobile apps. However, at this juncture, it is difficult to state whether PWAs will replace native apps completely. However, right now a blistering battle is raging on between them. Only time will tell which technology will prevail. Nevertheless, the choice is yours. Contact the best mobile app development companies in the USA to discover more. Call us or email us any day!

NCode technologies as a guide for Magento 2.4 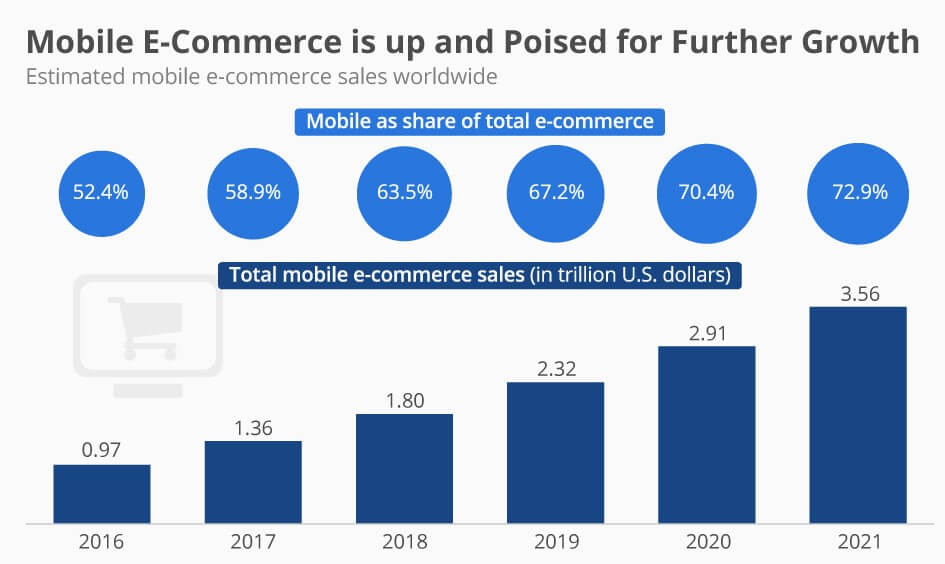